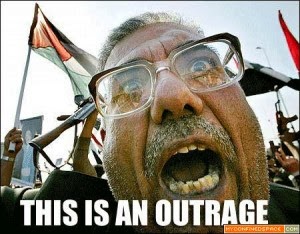 Beer = serious business. It would be an outrage to let misinformation float around beer circles, just an OUTRAGE, so rather than risk hordes of beer nerds taking to the streets or me having a small conniption or panic attack or something after hearing someone get something wrong about beer (see also), I’m going to debunk a few common beer myths that get passed around even in today’s Beer! Beer! Beer! world.

Because the only thing better than sharing your love for something like beer, hopefully with some good friends, is getting a chance to play “I told you so” and know-it-all for faceless Internet people. (I might be exaggerating. Maybe.)

Beer In A Hot Car Will Skunk

This one goes back to just about every beer drinker’s youth, especially if their youth involved drinking mass quantities of shitty canned lager. Mine didn’t, but growing up in a small town like Lakehurst meant I was usually surrounded by people looking forward to their next 30-pack pound down in the woods. Anyway, the idea was that if you left your beer in a hot car, it was going to skunk.

Nope. Skunking has nothing to do with warm beer or out of date beer or anything like it. Skunking is purely a result of light exposure. Skunking is the result of the way hops interact with UV light; that interaction results in the horrible aroma and taste we called “skunked.” It’s the reason why beers in green and clear bottles are so often skunked. (I’m looking at you, Heineken.) Hot conditions can lead to stale beer, but that’s different. That gives you a flat tasting, cardboard-like beer. Skunked beer? It’s all about leaving it exposed to light.

The English Drink Their Beer At Room Temperature

This one has been kicking around for years, too, passed along like a bit of common wisdom beyond questioning. The English, they say, drink their beer at room temperature. Sometimes the claim is broader than that, Guinness is thrown into the mix, and it’s said that any pale person who lives in a rainy island environment drinks warm beer.

This myth probably comes from the fact that up until recently (and even now, if you pay attention to big beer commercials), Americans wanted their beer ice cold. The English, meanwhile, served their cask ales at cellar temperature. Compared to the U.S.’s icy brew that seems downright warm, but in fact, cellar temperature is a quite cool 55 to 60 degrees, well below room temperature. And in truth, it’s the better way to enjoy a nice stout, porter, or barleywine, anyway.

I have already made the case for canned beer, so no need to get deep into it. This myth came about because yes, at one time the only beer you’d find in cans was lousy beer. Canning equipment is expensive, and discerning beer drinkers did not like the metallic taste they gave off, so you just couldn’t get good canned beer. But these days, cans are lined (no metallic taste), great breweries can their beer, and savvy craft beer lovers know the delivery method doesn’t matter since you’re pouring it into a glass at the end, anyway (I hope). And to be honest, I didn’t need to have this entry, since after years of knee-jerk bias most of craft beer is now embracing canned beer. Hooray!

Anyone who has tried to introduce people to better beer has heard this one. If a beer looks like anything other than golden straw, it’s “dark beer” and will be “strong” and etc. etc. etc. Folks are utterly convinced that Guinness is a meal in a glass that only real men drink. Anything dark must be strong, and so on.

Look, a color is just that: a color. The color comes from how deeply the grains used in making the beer are roasted. That roasting has no bearing on alcohol content. You can make black beers as light as Coors Light and light beers that will knock you on your ass. Guinness, in fact, is nearly as low calorie and alcohol as a light beer! People think it’s heavy because it’s dark and because it’s bubbly thanks to nitrogen rather than carbon dioxide, which gives it a creamy fullness. Besides the color, though, it’s practically a light beer!

Beer Made With Rice or Corn Is Bad

Most of these myths have been directed towards casual beer drinkers, but here’s one perpetuated by beer geeks themselves – and it’s a nefarious one. The idea is a simple one (as myths usually are): “That beer is made with corn and/or rice! Ewww!” If you make a beer with these ingredients (or so-called “adjuncts” in general), you are bad, it is bad, and everything involved is bad. We want natural ingredients and etc. blah yada.

My beer geek friends, it’s not what goes into the beer, it’s what you DO with it. If adjuncts were bad, one of the most respected categories of beer in the world would be gone! (Trappist beers and abbey ales are made with larges amounts of sugar and candi sugar.) The truth is, there are great beers made with corn. Beers from The Bruery, Dogfish Head, and many others are made with rice. And even the famous Pliny the Elder is made with hop extract, according to none other than Vinnie Cilurzo himself. For a bunch of open-minded beer lovers, beer geeks can often be the WORST when it comes to being CLOSED-minded! So just remember, it’s not what goes into the beer, it’s what the brewer does with it. All you need to remember is that good beer tastes good and bad beer tastes bad.