Tipping my hat to Anchor Brewing 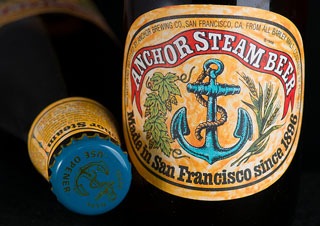 If you can’t appreciate Anchor Steam, you’re no beer friend of mine.

Anchor Steam is one of the grandaddies of craft beer in America. It’s just one beer from the excellence-filled Anchor lineup, but this one is something special. It’s a landmark. It’s a mainstay. It’s a bottle of history.

Oh, and it holds up wonderfully, too. Many who are new to craft beer scoff at Anchor Steam. After all, it doesn’t feature any crazy ingredients or style-busting flavors. Nope, it’s just a damn good beer. Not going to blow your mind, not going to take you to new beer places, not going to push the boundaries of taste. Just going to provide a good, basic, “this is a good drinking beer” experience ideal for friends, food and conversation.

For some reason, that kind of thing is rejected by many of today’s crop of craft crazies. That’s too bad. There is a lot to be said for a beer that aspires to be nothing more than an excellent, impeccably crafted-yet-simple beer.

Beyond Anchor Steam, anyone and everyone who enjoys craft beer in America owes a small debt to Anchor Brewing. They were among the pioneers who helped get the movement started.

By now the story is legend. The brewery had been around since 1896 or so, quietly churning out beers, with their “steam beer,” a uniquely American style now referred to as a California Common, being their mainstay. (A California Common is essentially a lager brewed at ale temperatures, giving it the smoothness of a lager with the fruity bite of an ale.) By the 1960s, though, they weren’t going very well. Fritz Maytag, great grandson of THE Maytag, however, really loved their beer, so he did what any filthy rich beer lover would do: he bought the place.

Maytag prompted Anchor to reinvent themselves. They improved their processes and brought back traditional styles that had been all but forgotten in America, among them porters and barleywines. By the mid-1970s, they were probably the best brewers in America.

Even more important, they inspired a slew of others to follow in their footsteps and begin brewing craft beer. You wouldn’t be enjoying your Stone and Dogfish Head and Bruery and New Belgium and Samuel Adams and Lost Abbey and on and on and on if it weren’t for folks like Anchor Steam, New Albion, Sierra Nevada (who themselves credit Anchor and New Albion as major influences), and a very small (very small) handful of others. 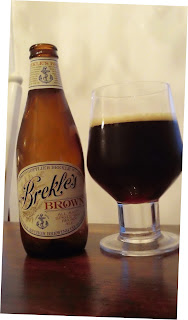 Steam isn’t their only beer worth drinking, either. Their Old Foghorn barleywine may not impress those who like today’s hopped-up barleywines, but if you like them traditional this is a classic. Their lager is good. They do a great summer ale. Love their brown. And oh, did I mention the porter?

If you haven’t had Anchor Porter in a while, or at all, give it a try. Many decades after it was first made — it was first brewed in 1972, waaaaay before almost every other porter on the market — it’s still one of the best classic porters made in the States.

Consider that for a moment. This is a beer that can go head-to-head with any American porter being brewed today. It’s a definitive example of the style. Set it next to some of today’s best, like Founder’s and Bell’s, and it is their equal or better.

And this beer was hitting shelves 40 years ago, during a time when light lagers were pretty much the only game in town! That’s astonishing. That was back when good, robust beer was all but dead in America. And here you have Anchor putting out this inky black stuff that was all body and flavor. Talk about ahead of their time.

Loving Anchor isn’t all about celebrating the past. All these years later, they’re still a fantastic brewery and a model on how to do it right.

I will always, always tip my glass to Anchor. And you should, too.