For Jim Koch and Sam Adams, variety is the spice of life

The following interview and article was conducting and written in 2013. I’m presenting it here after it first appeared on my separate beer blog, Celebrating the Suds. 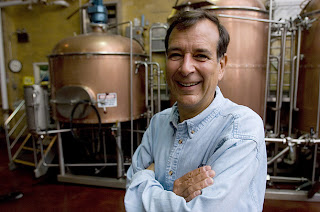 If you have one of the best selling and best known craft beers on the market, it would be easy to understand putting your time and resources into expanding its reach. When that beer is a pioneering brew like Boston Lager by SamuelAdams, it’s especially easy to understand.

Jim Koch, founder of Samuel Adams, doesn’t see it that way. For him, being safe is boring.

“The day I want to make the same beer every day is the day I retire,” Koch told me during Philly Beer Week. “It is as exciting today as it was in 1984 when we first started.”

During the week-long celebration of all things suds in the City of Brotherly love, Koch bounced around to various tastings and tap takeovers and food pairing events, during which yet another array of new Samuel Adams beers were showcased. There was Honey Queen, a braggot that will soon be released as part of their Small Batch series, a barrel aged porter, and a load of others – not to mention creative pairings, such as pancakes made with their Blueberry Hill Lager. Even this year’s summer mix pack contains several new beers, including a really tasty rye witbier called Little White Rye brewed with orange peel, coriander, and sage. 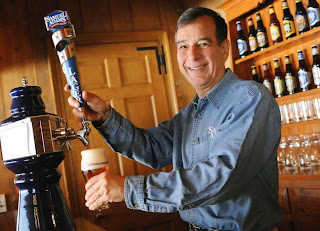 The question is, why? When you have one of the most successful flagship beers in craft beer history (Boston Lager) and some of the most popular seasonals on the market, why the never-ending flow of new beers?

“A brewer always wants more beer. One of the things that continues to motivate me is that there are some really innovative styles of beer that no one has made yet. I want to be one of the brewers who makes them,” Koch said.

It might be easy to dismiss that as marketing speak if it wasn’t for the fact that Samuel Adams has done exactly that for years. Way back in the 1990s they blew the lid off what beer could be with Triple Bock, a barrel-aged brew that at the time was the strongest in the world and which was like nothing that had ever been done before. That sort of rule-breaking and innovation continued with beers like Millennium, a 20% ABV barrel-aged strong ale, Infinium, their ground-breaking champagne replacement, and Utopias, which is perhaps the most complex beer on the planet.

Meanwhile, in addition to constantly introducing new beers in their mix packs, their Barrel Room Collection introduces big, challenging beers in limited quantities, and their Small Batch Series has turned into a line that is constantly doing interesting things, such as double IPAs, gingerbread stouts, bocks with chocolate and chili peppers, and Americanized versions of the elusive Gose style of beer. 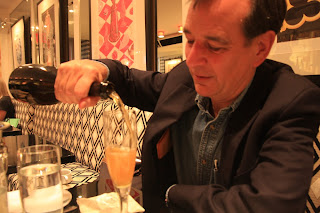 I had my first Samuel Adams in 1994, and over the years I’ve had over 90 different beers by them. Over ninety! And I’ve missed quite a few in recent years, brews that slipped past me before I had a chance to get them. Koch keeps variety whores like me in a constant state of “oh, here’s something new to try!” He likes it that way.

“I’ve been doing this 29 years. I don’t have anything to prove. I just want to enjoy my job,” Koch told me.

And pushing the boundaries as if they were still the fiery little upstart they were in 1984 is one way he does that.

Can’t say I’m inclined to argue with him.

(Photos taken from various other blogs)